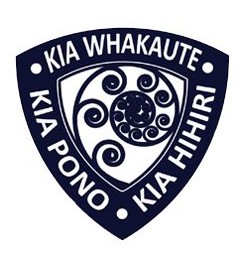 PB4L:SW is a framework used by schools to develop initiatives that “support students to improve their behaviour, resilience and wellbeing.  They  (the initiatives) help to create more positive home and school environments and deter bullying.  By removing barriers to engagement, we improve students’ chances to achieve at school and beyond” Ministry of Education Positive Behaviour for Learning Update 2013.

Otago Girls’ High School became involved in PB4L:SW in 2012, when over 90% of teachers voted to be part of the initiative.  It was felt that although expectations were high and behaviour generally very good in the school, we would benefit from a united approach and from having a focus on teaching and rewarding desired behaviour rather than on punishing unwanted behaviour.

During 2013 a PB4L team was established and work began.  The team was made up of teaching staff, board members and students.  The team attended numerous training sessions run by the Ministry of Education along with other primary and secondary schools from throughout Otago.  One of the key tasks for the team was to establish a vision for the initiative and decide on the core values that would underpin all other work.  This was achieved by consulting with parents, staff, students and board and the result follows:

The team also developed a matrix of behaviours that we expect students to demonstrate wherever they are learning; classrooms, playground, sports fields, fieldtrips.  A reward system was developed to acknowledge students who demonstrate these values and consequences were established for those who don’t.

We also have two PB4L Prefects.  Their role is to promote the initiative among students and to provide the PB4L team with student perspectives.

At the beginning of 2014 we launched PB4L to the students with a full school assembly and a subsequent afternoon spent carrying out activities designed to help students understand the three core values.  A video of activities on that day can be viewed by clicking here.

Staff have begun rewarding positive behaviour with “Shelly” cards.  Once a student receives five rewards she deposits the card into Mr Pickard’s fabulous, as yet unnamed machine, from which a prize draw is made each week.

At each PB4L meeting referral data is analysed to identify areas in which specific teaching of positive behaviour needs to be taught.

New developments will be featured here as they occur.